NEXT ALBUM, FACEBOOK AT LAST, AND SAN FRANCISCO SHOW CANCELLATION

Starting with the bad news and ending with some good news…

I have unfortunately had to cancel my June show at San Francisco’s Exploratorium. I’m very sad about this, as are the organisers, and the reason for the cancellation is very simple, and not very surprising if you’ve read my previous references here and here to this concert and what I needed to obtain: the famous work visa for non-US musicians. Despite their best efforts, the museum was not able to obtain the visa on my behalf. I won’t comment on this any further, as I think the situation speaks for itself… However, I will definitely do my best to obtain a visa by other means in the future, as I do want to play the US again very much… It will happen some day my American friends, despair not ;-)

After years of resisting Facebook, I have finally decided to drop down my defenses and create an official Colleen page. I spent about three hours trying to see if there was any way I could transfer the 4,000-something “likes” of the Colleen community page that’s already out there, but even though the internet does give information as to how to do this, the reality turns out to be quite different and a huge hassle: there is actually almost no chance of getting the transfer, so I’ve just given up and hope that *you* my dear readers will get the ball rolling by Facebook-liking me and sending the info to anyone you think might be interested! Thanks a lot! :-)

Much more importantly, I’m delighted to tell you that last week I officially started recording my fifth album. I’m extremely excited about this, as for the first time in my life I can finally work in the conditions I’ve always dreamt of: indeed, some of you may have read that I recorded my last album, The Weighing of the Heart, under rather extreme circumstances, recording really late at night, and only for a couple of hours at a time, due to a noise issue during the day at the space I rent as my music studio / rehearsal space. Well, late last year, the miracle happened, the landlord agreed to change the doors and windows, the work took place, and even though the studio is not 100% soundproof, I can now definitely record during the day in what is now a truly lovely environment.

It’s my hope to have the album finished by the end of the summer and ready for release in late 2014/early 2015, and I will of course update you as soon as there is concrete news on the subject. Here are a couple of pictures to put you in the mood of the studio, which as a homage to my beloved Lee Perry I’ve jokingly nicknamed The White Ark… I will put some more pictures on Facebook, and just cannot wait to share this new music with you!

As always thanks for your support :-) 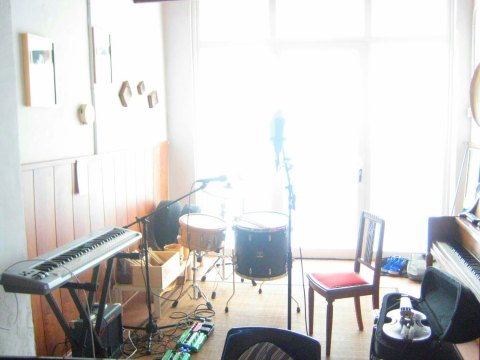 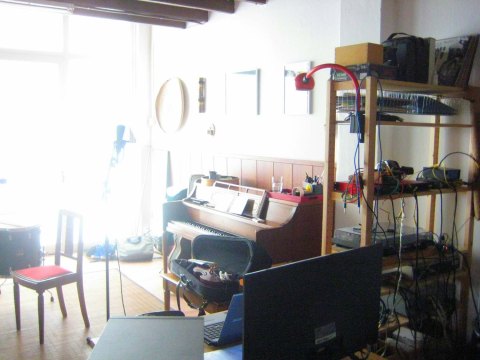 You are currently viewing the archives for March, 2014 at colleen.