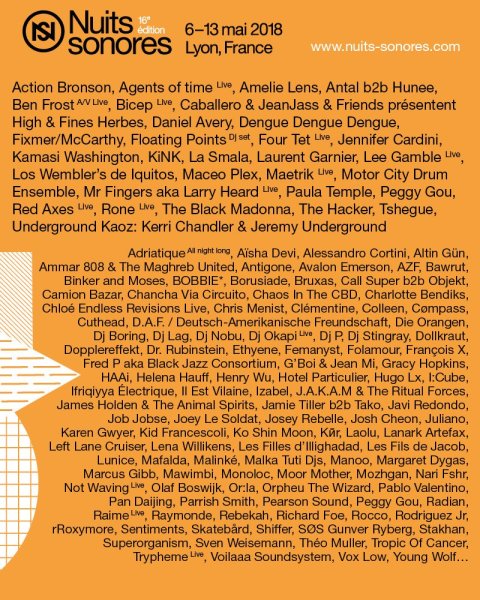 ONE WARM SPARK WITH CLOSE UP MOOGERFOOGER ACTION + STOCKHOLM AND LYON!

When I wrote earlier this year that as part of my plan to have a slow 2018 I would step back from being active on Facebook and my website, I didn’t know how true this would be! That and stepping back from accepting shows for a while have been two great and very necessary decisions and I finally feel more or less rested! Which is good news since I do have two shows in the next two weeks: Stockholm on Wednesday 3rd May at Fasching, and Lyon at Le Transbordeur/ Nuits sonores festival on 10th May!
I took the opportunity of rehearsing this afternoon to shoot something I’ve been meaning to show you for a while: a close up of the Moog Music Inc. MF104M delay and MIDIMuRF action on “One warm spark”.

Almost everyone understands what a delay does, but the MuRF is kind of hard to explain as it’s so versatile and unusual, so if you can forgive the low sound quality and absence of stereo (this was shot with my phone with the sound of the PA in my studio – in a physical setting or a stereo recording the sounds bounce between Left and Right, which makes it waaaay cooler since the MuRF filters are assigned to Left and Right channels), you will still see and hear clearly how manipulating the different parameters drastically affects what’s going on: when the video starts, the chord on the Pocket Piano is in hold mode, I’ve just switched on the delay and I’m augmenting feedback while toggling the Short/ Long switch until the loop feeds back on itself in a stable way. I then remove the LFO from the MuRF and start moving the envelope (first control on the left) and the filters up and down in rhythm with the music. This interplay goes on while the Mix control (at the top) is engaged fully (100%), until I move that control back to 50% rapidly and in rhythm 8 times. After that, I switch back to the short setting on the delay, reduce feedback, reengage the LFO on the MuRF, and go back to playing the song’s beginning chord progression while going to another envelope that’s similar to the beginning but more “fluid” sounding. The song ends with going back to the long setting on the delay, keeping only the 4 lowest filters on the MuRF, then engaging 2 more of them for the ending chords. I hope this video is useful as an illustration of what I’ve been talking in some interviews, which is how so-called effects can be used to create melodies and rhythm and not just be there for cosmetic enhancement!

You are currently viewing the archives for May, 2018 at colleen.