It is with extreme excitement and happiness that I can finally announce that my new album will be released in may 2013!

After more than 2 years working on new music and trying to get to that elusive musical place which I could imagine so clearly but had trouble actually creating, things finally started to click into place over the summer and by October I had all the album songs ready for recording … but recording itself has proved rather difficult due to not having an adequate space. I’m not keen on the idea of recording in a studio, as it doesn’t really fit the way I work, which is very hands-on, so  I’ve had to make do with what’s available, and let’s say that what’s available is very noisy ;-))))

Still, 90% of the recording is now done, I’ll be mixing the album in the first half of January, then it will be sent for mastering, promos will be made, there will be the mandatory (and oh-so-long) 3-month period between promo availability and release, and if all goes according to plan, the album should be available in early May !

I’ve done absolutely everything on this album, from start to finish, so it’s been a mammoth undertaking, one which I’m glad to see the end of, if only to finally share it with an audience, and hopefully when hearing the music and the new elements in it you will understand why it’s taken me so long !

I’m also very excited at the idea of playing live again, so keep your eyes peeled for live show announcements and other record-related news!

I’ll leave you with a tiny preview of the wonderful artwork created by Iker Spozio for the album cover – and yes, those colours and shapes do reflect the music contained in the album! 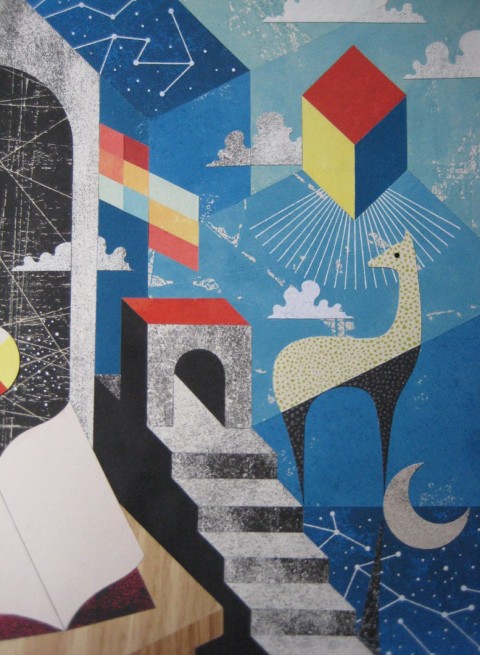 You are currently reading new album out in may 2013 ! at colleen.