I’m very happy and excited to announce the release of Solar/Stellar (Colleen remixed), a digital EP on Second Language http://secondlanguagemusic.com featuring remixes of three songs from my last album The Weighing of the Heart. I’m usually not a fan of remixing as a concept and as a practice, as I rarely find remixes to be superior or equal to the originals  (I do love the concepts of version and dub in the Jamaican style though, something much more inventive in my opinion – but I digress). However I just had to change my mind when I heard the remixes of “Breaking Up the Earth” by the Home Current and “Moonlit Sky” and “Ursa Major Find” by Comma Period http://comma-period.tumblr.com/

“Breaking Up the Earth” was the track I worked on last while making the album, and bears the mark of what I plan to develop further on my next album: a much more rhythmical, dub-influenced approach. From the start I thought it almost begged to be remixed, and indeed the Home Current took that seed and transplanted it into inventive – dare I say the word? :-) – dancefloor territory. As for “Moonlit Sky” and “Ursa Major Find”, the vocal-heavy remixes of Comma Period sound to me like a far-out encounter between early Steve Reich and a sort of stuttering My Bloody Valentine. I do hope you’ll like them as much as I do!

Visual artist Sougwen Chung http://sougwen.com has made a truly incredible video for the “Moonlit Sky” remix.

And the wonderful artwork is once again courtesy of Iker Spozio http://ikerspozio.net 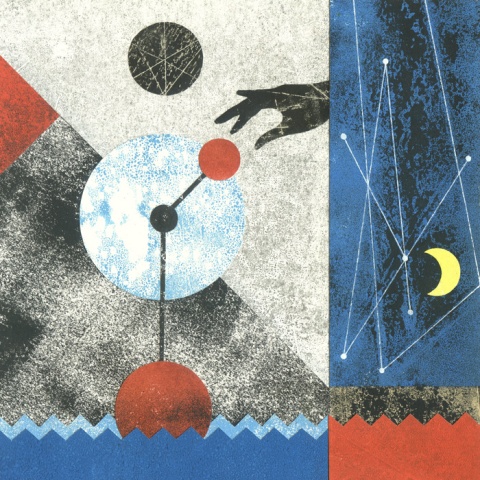 Apologies in advance if some of the links don’t work, I’m writing this post away from home on a tablet using an android app for the first time and well…it’s not easy! :-)

You are currently reading Solar/Stellar (Colleen Remixed) – digital EP out today and video! at colleen.