I would like to start this update with a celebration of my ten years of artistic collaboration with Italian artist Iker Spozio. On 23rd May 2005, my second album The Golden Morning Breaks was released and marked the beginning of my collaboration with Iker : ever since then, I’ve had the great privilege of having Iker illustrate and design every single one of my records, gig posters and websites. We both believe in the importance of the record being a beautiful physical object and it’s been awesome to know that whatever the musical direction I was taking, Iker was going to be able to translate it into visual terms way beyond my expectations each and every single time. You can see more of Iker’s work for me on my website and more of his work in general on his website. Thank you so much Iker!!!! :-))) 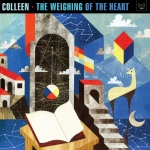 Thanks so much to everyone who came to the LSO St Luke’s show in London on 24th May and to Francis Gallagher for these beautiful photos! I really had a brilliant time playing in that amazingly beautiful space! 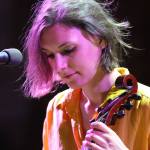 Here’s the setlist of the show, which those of you living in the US and planning to come to the US shows starting on 11 June can have a look at if you feel like knowing what’s in store for you!
1. Holding Horses
2. I’m Kin
3. This Hammer Breaks
4. Salina Stars
5. Lighthouse
6. Soul Alphabet
7. The Weighing of the heart
8. O Willow Waly (from the film The Innocents)
9. Captain of None
Encore:
10. Geometría del Universo.
11. Once upon a time there was a pretty fly (from the film The Night of the
Hunter)
12. Breaking Up the Earth

As you can see, the set now features two cover versions of songs taken from the soundtracks to two films, The Night of the Hunter and The Innocents.

If you’re not familiar with the films and the songs, I strongly urge you to watch the films, and in the meantime, if you’re curious as to what the originals sound like, here are two excerpts from Youtube.

Speaking of music that I like, here are more things that you can have a look at and listen to.

If you’ve read and heard some of my recent interviews, you’ll have noticed I keep mentioning a reggae tape containing mostly Lee Perry productions which my parents bought when I was very little (probably 4, as the compilation’s last selections are from 1979 and I was born in 1976). To this day my parents have no recollection of when or where they bought that “Kings of Reggae” tape, my best bet being that they got it at a motorway petrol station and were probably attracted by the Bob Marley mention (they’re definitely no reggae heads! ;-)). In any case, blessed be the day of that purchase, because hearing gems such as “Roast fish and corn bread”, “Return of the super ape”, “Come along” and “Little flute chant” probably had quite an influence on my subsequent development as a musician! 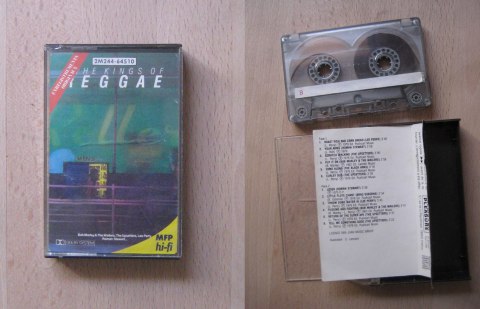 American radio programme The Dinner Party Download invited me to select my ideal dinner music for their programme.

Finally, in connection with a special concert held at the Barbican in April with music influenced by Terry Riley, I was among the artists to whom the Boiler Room asked what it is about Riley’s music that we like.

On the live front, I will be flying to San Francisco on 9th June to start my US tour, I’m very excited indeed to be hitting American shores for the first time since 2008 and I’m very much looking forward to sharing the stage with musicians that I love – you can see the full details on the live page and on my Songkick.

I will also be playing my first concert in Brussels since 2007, on August 24th, courtesy of Ancienne Belgique at the Park Royale (free event).

As always, thanks for your support!