First things first, a weeks ago I finally finished my sixth album, and the next day when I doublechecked everything for the last time, I had the joy of receiving my vinyl copies of the Record Store Day reissues of my second and third albums and music box EP! Now that’s the kind of coincidence that brings a lot of joy!

Although by now I should be familiar with the “mixing-takes-forever” experience, it still always takes me by surprise:  I think I’ve *almost* finished a record (that was me a month and a half ago), and it turns out there’s still so much to do to take it to the level where I feel comfortable putting it out in the world. Doing this all by myself means it can be hard to have the necessary critical distance with the purely audio aspect of the music, especially when I’ve been recording for months, but last week I finally reached the happy stage of thinking “This one is ready”!

To celebrate the upcoming reissues of my past work, I’ve decided to do a series of short posts about those records this week, for those of you who have found out about my music only recently and are not too familiar with my previous output. It’s also nice for me to revisit the context in which those records were made after all those years. 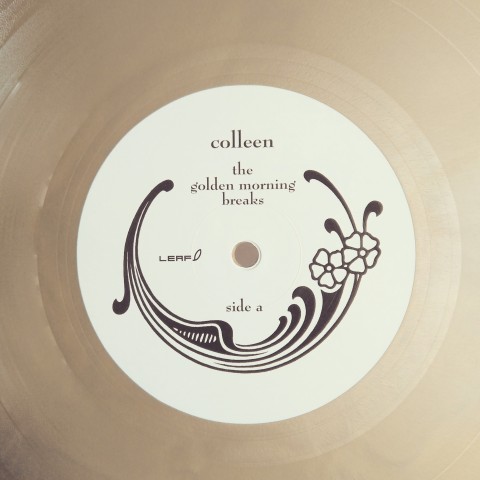 I’ve been interested in visual arts for many years (in high school I seriously considered studying art history) and one of the things that interests me most when reading books focusing on a single visual artist is seeing their evolution, and how almost everyone begins by working in the current “fashionable” style, gradually evolving to more personal and mature work – but it’s the idea of every step being necessary and leading to the next one that calls my attention.

Looking back at my own discographical output, I can see that sampling records on my first album Everyone Alive Wants Answers was what I needed to shift from a pop/rock/experimental guitar-player approach to a more open, genreless style of instrumental music. However, when the time came to make a second album, spending hours listening to other people’s records in order to find a few seconds to sample did not appeal to me anymore; reading an article in The Wire on Lou Harrison was pivotal in that respect – I wanted to make my *own* sounds too, and became obsessed with musical instruments, visiting every single musical instrument museum I could go to.  I had also begun to perform live and had taken my classical guitar out of storage and begun to play it again with the help of a newly purchased Boss RC20 Loopstation.

The combination of that simple step of beginning to sample my own instrument and having income of my own for the first time of my life (I’d become a teacher) paved the way for all the rest: I started to buy more pedals to further sample and delay my sounds, and more instruments, deciding I could play whatever I felt like playing, even if I’d never touched any of them: music boxes, glockenspiel, toy gamelan, toy synth, ukulele, zither and – crucially –  my first cello, a sorry plywood ¾ thing that I only kept a few months before I bought a proper full size cello. I was also lucky to have a good friend in musician /broadcaster John Cavanagh, in whose home I had the privilege of recording a rare 19th instrument, the glass harmonicon. Even the wooden recorder of the dreaded mandatory music classes in French “college” made an appearance (Français de mon âge qui lisez ceci, je pense que vous aussi vous aurez des souvenirs merveilleux de ces leçons de musique au collège… ah ces fausses notes à la flute…). I recorded the album in the living room of my new flat in Paris, with extremely crude gear and an even cruder recording technique, but somehow, I really love the sound of that album, and have a lot of affection for it because of all it represents for me.

Finally, you can catch the performance I gave at the Standard on 26th March as part of the incredibly curated and wonderfully managed Big Ears in Knoxville, Tennessee via Red Bull Radio today  at 4 pm EDT /10 pm CEST or catch the replays on Wednesday, 4/19 11AM EDT and Saturday, 4/22 1:45PM EDT.

I spent an incredible 4 days at the festival, managing to catch quite a few performances and squeezing in 2 very rewarding half-days of birdwatching – my ideal way of attending a festival as a performer: time to also be a member of the audience, discover the area, its people and its fauna ;-)))

By the Sunday evening, as the festival drew to a close and the time came for me to perform my second concert, I was feeling super relaxed, and thought “At least this concert is not recorded for TV or radio, so I can talk between songs as much as I want!

Indeed, when I know that a concert is being broadcast, I tend to restrict myself in terms of talking between songs – talking or not is always something I decide on the spur of the moment, based on length of time allocated for the show, the atmosphere, etc… but in general I tend to avoid talking when I know that there’s a recorder or camera rolling, as it feels a little more “constricting”.

Anyway, here I was, convinced that it was my first performance (at The Mill and Mine) that had been recorded for both Aurora TV *and* Red Bull Radio… During my soundcheck at the Standard no one from Red Bull came to say anything, so I just proceeded with the concert and had such a good time and … talked a lot! ;-))) Well, *that* was the performance that got recorded by Red Bull Radio, so if you listen to this show you’ll hear me in one of my most talkative moods! ;-) There are a few issues soundwise (for some reason the bass tends to generate a buzz, something I heard as I played, and that did not happen during soundcheck… such a classic) but on the whole I really like the feel of this concert – there’s nothing like playing live and feeling happily connected to the music and the audience!

Thanks ever so much again to all the lovely people at Big Ears in both the audience and in the organisation, and to Red Bull Radio for recording this!